There’s a lot of conversation about measles these days, in the US anyway.  Here’s my story….

I got miserably sick with fever, and then a rash started showing up.  Mom took me to the doctor.  The bewildering diagnosis was measles.  It was bewildering because–

The assumption was made that the vaccine failed, or the pediatrician’s staff had noted the immunization in my records but forgot to actually administer the vaccine.

It was the most miserable I’ve ever been in my life, and scary.

The rash made me really ugly.

I could have infected lots of other people because I didn’t know I had a highly-contagious, potentially deadly virus.

The 16-year-old me did all of these things on a regular basis:

From the Mayo Clinic on how measles is spread:

When I finally healed, it was complete.  I was lucky.  Some common complications from measles are dangerous and/or permanent.

From the Mayo website on common complications from measles:

Did I mention having measles was the most miserable I’ve ever been in my life?  It was.  Scary, too.  I don’t want to ever feel like that again.  I wouldn’t wish it on anyone.

Can I get measles again?  I asked my doc that this week, and the answer was “maybe”.  My choices are to get a test to see if I have the antibodies, or skip the test and go ahead and get the vaccine.  I’ve decided to get the test first, mainly to satisfy my curiosity.  Stay tuned…. 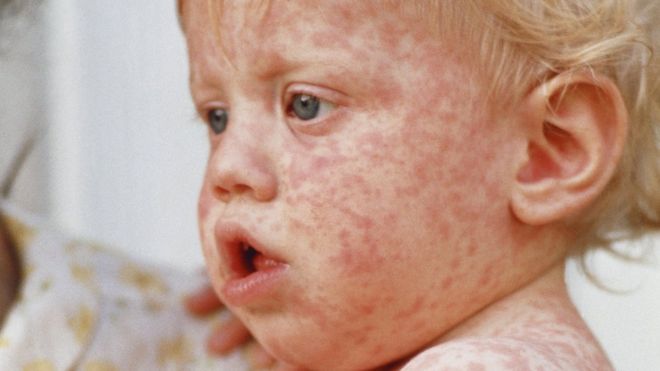 Next post shall be a return to more fun topics.

16 thoughts on “I had measles as a teenager.”