The Wednesday after cyber-Monday two years ago, this badass appliance arrived and changed my kitchen life forever.

Things I now make in the Instant Pot:

Meals–I’ve seen some pictures of amazing beef, pork, seafood and poultry meals from pressure cookers by first-time and novice users.  If you have several mouths to feed, I think the Instant Pot meal possibilities are limitless.

Desserts–Lots of people make desserts in their pressure cooker.  I’ve seen scrumptious photos of cheesecakes and other goodies, but I haven’t tried my own yet.  It will happen, though.

Adapting recipes to the Pressure Cooker — I’ve had great luck adapting crock pot (aka slow cooker) recipes to the pressure cooker.  It has usually been as simple as reducing the cooking time from hours to minutes.  There are some helpful conversion charts that can be found online.  Food colors and textures are generally more fresh and bright with the pressure cooker than the same dish cooked in the crock pot.

This week, I made this Lasagne Soup recipe.  (The link is to a pdf download of the recipe.)  A few views from the soup preparation:

The meat in the steamy picture below is browning quickly on the ‘Sauté’ setting. 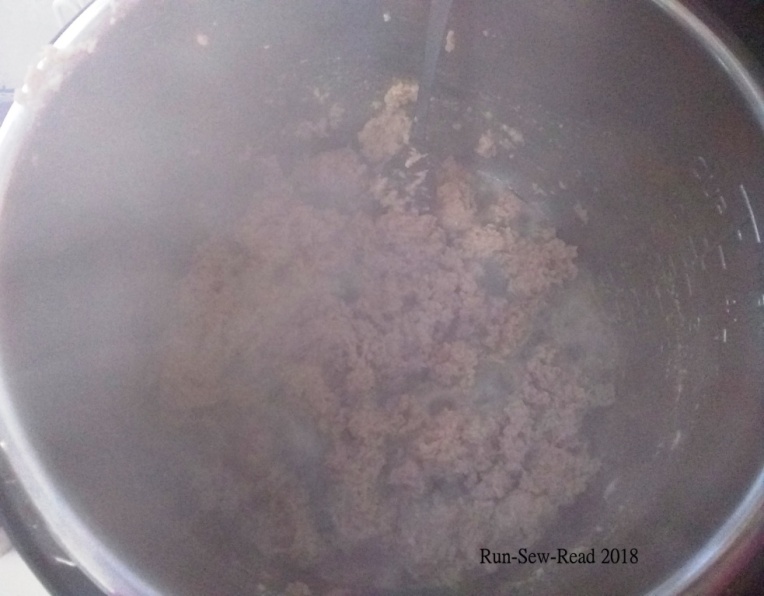 Assembled here are the remaining ingredients to add to the browned meat.

All ingredients are now in the pot, ready for pressure cooking on the Beans/Chili setting.  That big chunk in the middle is a cup of frozen V-8.  Frozen ingredients can be tossed in frozen.  The pressure cooker takes it from there.

After the pressure has released, add the rest of the water and the dry pasta, and set on ‘Slow Cook’ for 30 minutes. 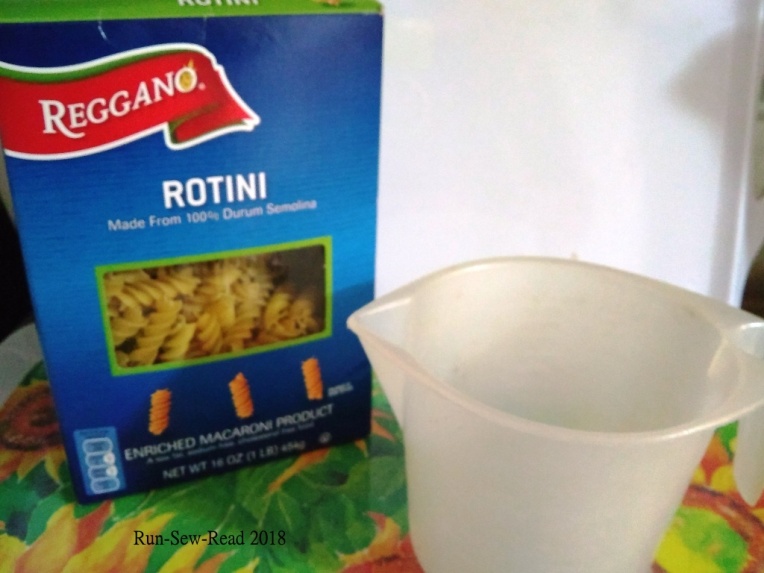 Then the soup is ready to eat.  Ladle some soup into a bowl and add a scoop of Cheese Mixture, which will start melting.

Other brands.  You don’t have to buy an ‘Instant Pot‘.  There are less expensive models that do most or all of the same functions.  A couple of weeks after getting my Instant Pot, and having realized how amazing it is, I spotted a display in Walmart of their Farberware electric pressure cookers left over from Black Friday.  The Farberwares were $39.  I got some of the Farberwares for gifts.  Turns out the Farberware is everything the Instant Pot is, but without a separate yogurt button.  (It can still do yogurt.)  Aldi occasionally offers an electric  pressure cooker for $39, and I’m guessing it is just as user-friendly as the Instant Pot and Farberware versions.

Scary?  No!  Pressure cookers have been around for several generations.  I too was terrified of my grandma’s stovetop pressure cooker when it would shoot steam out the top like a locomotive.  Rest assured, the electric pressure cookers now on the market aren’t scary.  You can release the pressure manually, but otherwise, the operation is well contained inside the pot, with easy labels on the control buttons–labels like “yogurt”, “saute”, and “keep warm”, that do exactly what the button says.

Where to get pressure cooker advice:

This 1949 pressure cooker commercial is done as a cute sitcom.  Much of the dialogue is even funnier now, 70 years later.  Mixed into the fun story are some great basic explanations of how a pressure cooker cooks.

[Teenage Carol:  “I wanted to cook the first meal, with mother just helping.  Like most elderly people, she had doubts.  But she finally gave in.”  Haha!]

The ‘nuts and bolts’ pressure cooker segments are found here:

[I’m dying to know if Carol and Jack ended up together. ❤ ]

If you prefer to not download a document, here is the text of the Lasagne Soup recipe:

LASAGNE SOUP
1 lb. Italian sausage
1 (28 oz) can of crushed tomatoes
1 (6 oz) can of tomato paste
3 c. beef broth (I use 1 T. beef bouillon powder and 3 c. water)
3 cloves of garlic, minced
1 T. dried parsley
1 T. dried basil
½ c. chopped onion (2 T. if dehydrated)
1 c. V8 Juice
¼ t. pepper
¼ t. salt
2 c. uncooked shell pasta or rotini
1 c. of water
1. Brown meat in the pressure cooker, on the ‘Saute’ setting.  Drain.
2. Stir in the tomatoes and tomato paste.  Add the rest of the ingredients except 1 c. of water and the pasta.  Cook on ‘Bean/Chili’ or ‘Manual’ for 5-7 minutes.  Let the pressure release naturally.
3. After the pressure has released, open the cooker and add the remaining water and pasta. Stir to combine. Cover and cook on the ‘Slow Cook’ or ‘Keep Warm’ setting until pasta is tender (about more 30 minutes).
4. Ladle the soup into bowls.
5. Drop a 2T ball of Cheese Mixture (see below) into each bowl of hot soup.  Serve.
*Makes apx 20 ladles of soup.
*The soup can be frozen in individual portions for a microwavable bowl of soup on demand.
Cheese Mixture
4 oz. Shredded Mozzarella
1 c. Cottage Cheese
¼ c. Grated Parmesan
1. Mix cheeses together.
2. Spoon 2 T. of cheese mixture into each bowl of soup.
*Makes apx. 30 scoops.
*To freeze cheese mixture, scoop in 2 T. portions onto cookie sheet and freeze. When frozen, transfer the portions to a freezer bag and place in freezer for later use on demand.
[Adapted from a crock pot recipe found at onehundreddollarsamonth.com]

Myrtle the 4-month-old foster pup came to my house this week.  She was interested in being my sous chef, until she discovered the heated throw on the couch.  Now she’s just a cute puppy head sticking out of a warm blanket.  She will be with me for about a month while her skin condition is treated.  Soon she’ll have a pretty furry face, instead of bare skin. 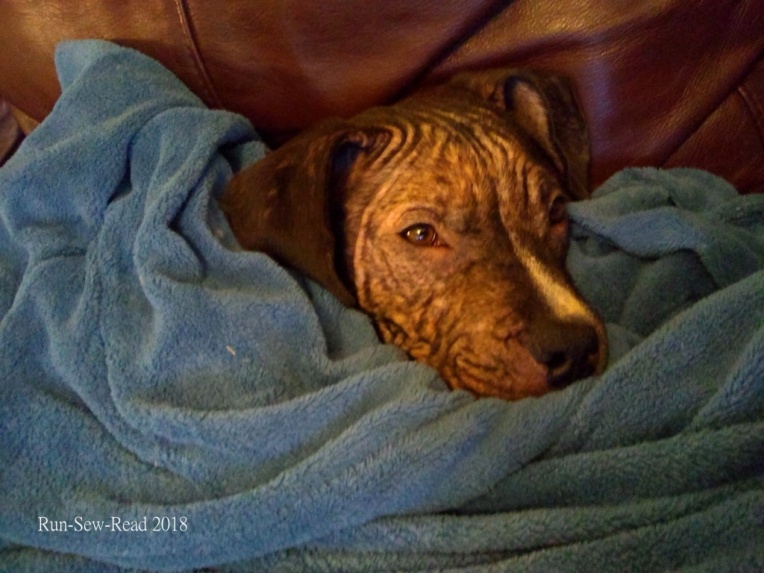