This is my one tomato plant I grew this season.  It was supposed to hide in the middle of the 10-foot planter, surrounded by marigolds, vincas, petunias and alyssum.  Instead, the tomato plant went all ‘Little Shop of Horrors‘, and took over the planter and pushed the marigolds out of the box, and choked off most everything else.  It has grown out of the planter on all sides.  The plant is about 15 feet wide.  There is a wire tomato cage buried somewhere in the middle.

In mid-October, we had a surprise early freeze, with snow, so I bundled up the plant with a series of blankets and tarps, two nights in a row.  (No homeowners association rules here, thankfully.)

The snow covered the ground and the tarps all night.  The windchill was in the 20s Fahrenheit.  The snow and freeze broke four very old weather records. 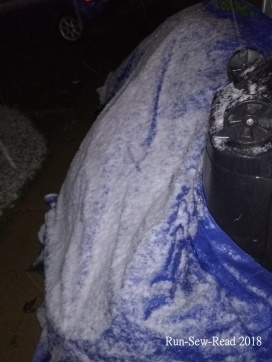 Now we are back to sunny warm afternoons and chilly but not freezing nights.  The plant came through the freeze mostly okay, and has a boatload of green tomatoes currently ripening on the vines.

Some of the tomatoes got scarred from the freeze, but continued to ripen. 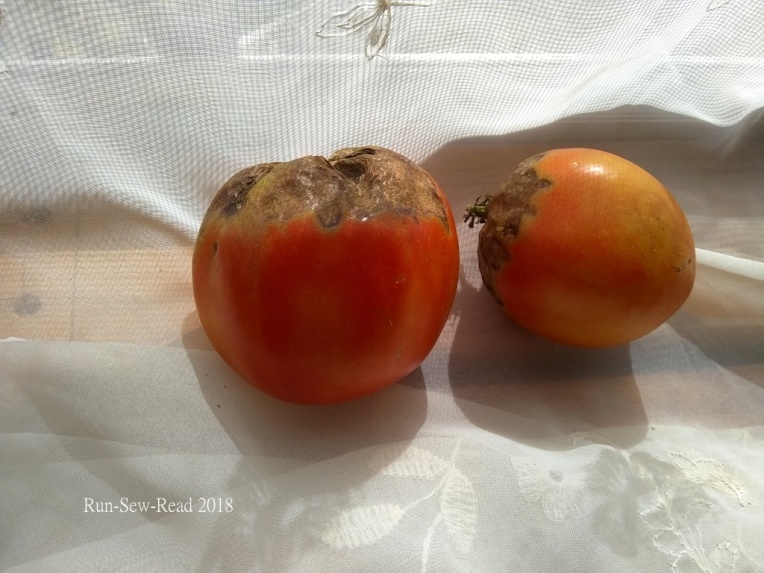 The scars have so far been confined to the surface.  The inside growth pattern is odd, but the taste is normal. 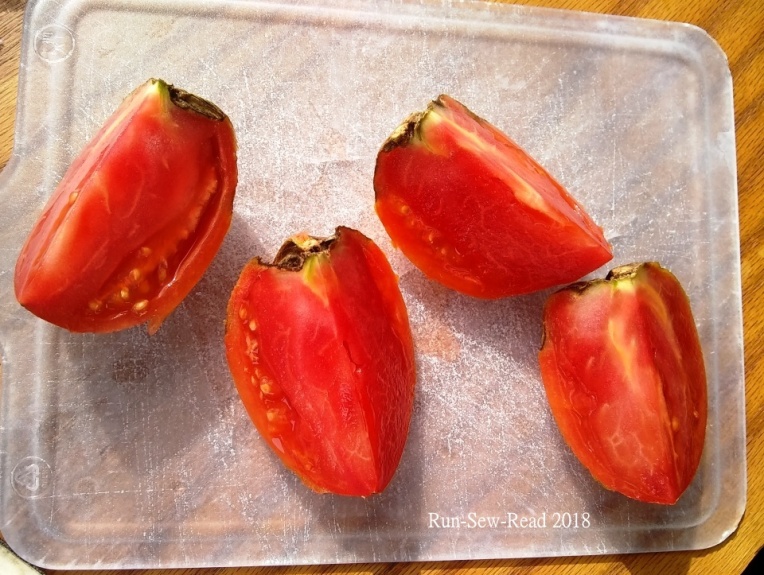 The planter faces south and gets a full day of sun.  With luck, I’ll get another dozen or so tomatoes before I have to give up on the growing season.

My foster garden helper got adopted by her forever parents this past week.  The little digger was with me for almost 6 weeks, and gained 12 pounds during that time.

13 thoughts on “Tomatoes–what I’ve been growing”