Confession:  I don’t like fresh tomatoes very much, except in BLT sandwiches, which I love.  The tomatoes I grow are mainly for dehydrating, for using later in breads and other recipes.  This year I only grew one tomato plant.  It became huge (as in Little Shop of Horrors) but it took forever to start producing.  Then it started producing tomatoes like crazy.  The picture below is the yield from just one day.

I let the tomatoes sit for a couple of days after picking, and then it was time to prep this batch for the dehydrator.  Normally I would hand-dice them.  Dicing the first batch is always fun, but after that, the dicing becomes drudgery.

This time, I tried speeding things up by using a hand-crank food processor.  I roughly cut the washed whole tomatoes into quarters, 8ths, and 12ths, depending on the size of the tomato. 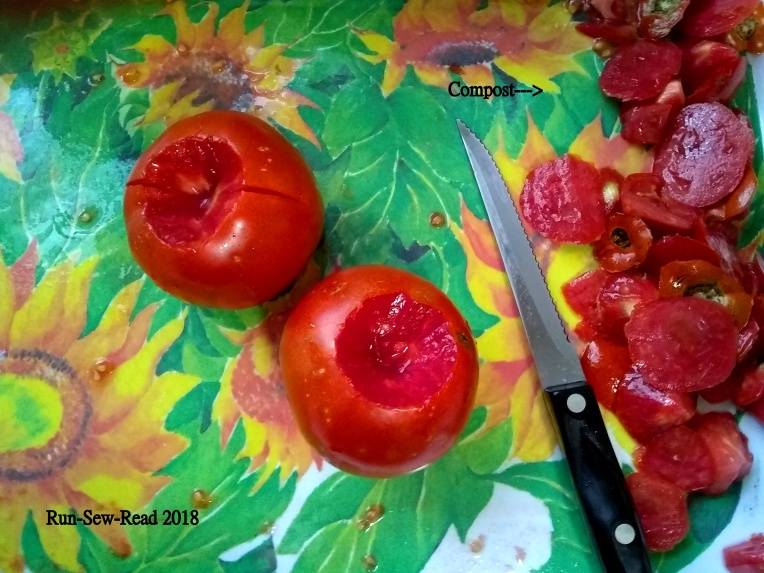 I put the large cut pieces in the processor, 2 – 3 tomatoes at a time.

The result was small, rough chunks of tomato, similar to diced size, and a lot of liquid juice.

I strained off most of the juice. 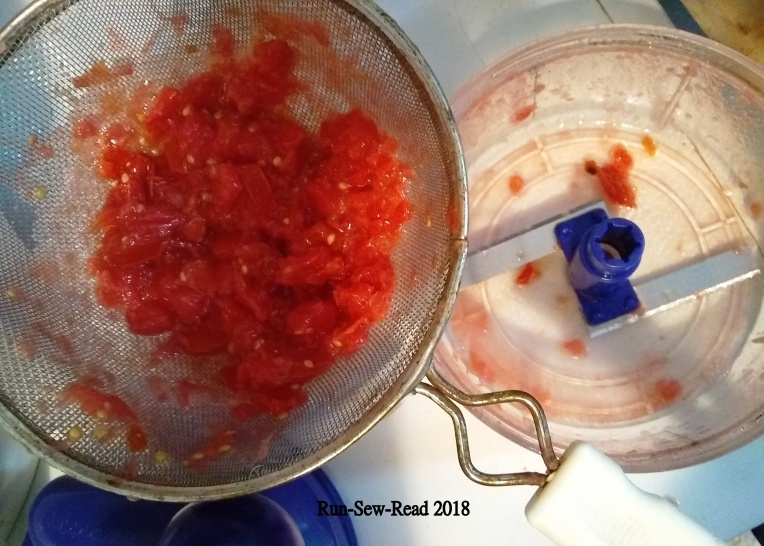 Then spread the chopped tomatoes on the dehydrator sheets–using the sheets with mini perforations to hold small pieces of food.  [Tip:  I wipe the sheets with a trace of vegetable oil.  It makes the dehydrated morsels easier to remove from the trays.] 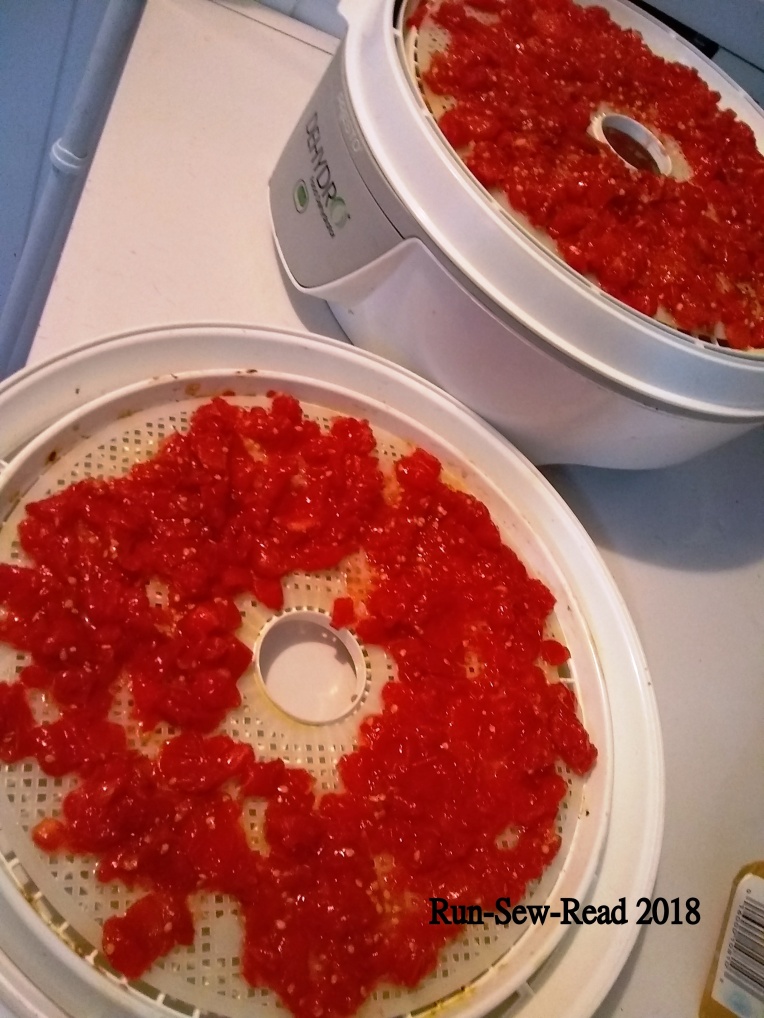 The next step was to plug in the dehydrator and let it run for a few hours.  A batch is done when the tomatoes feel hard or rubbery, with no wet or squishy pieces.

The dehydrating process for this batch of tomatoes took about 6 hours.  By comparison, a batch of hand-diced tomatoes would have taken about 10 hours to dehydrate. 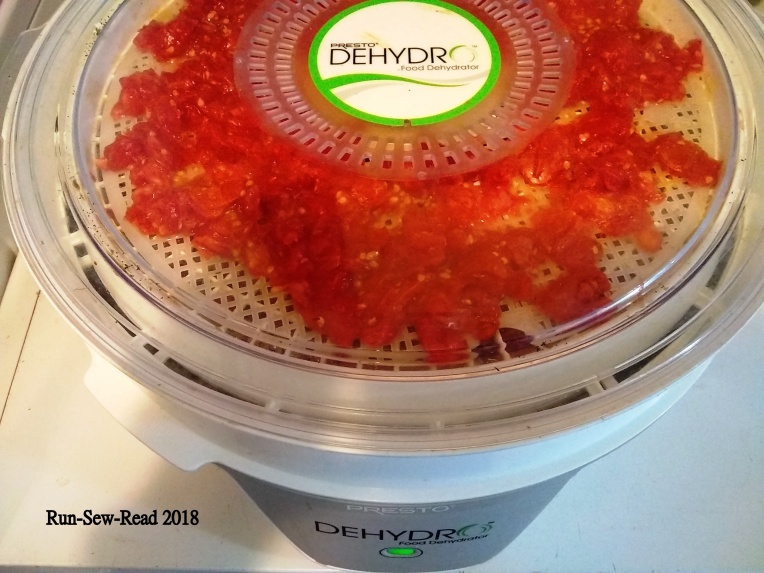 The yield of this entire batch fit in an 8-oz jam jar.  By comparison, a similar number of hand-diced tomatoes that I dehydrated last week, filled a pint mason jar.

This batch yielded almost 4 cups of strained juice.  The juice is a bright red-pink color, which I suspect it is packed with Vitamin A and other nutrients.  Not wanting to discard all of that nutrition, I poured the juice into a muffin tin and froze it.  I’ll try substituting the juice for the liquid called for in bread recipes and Mexican and Italian dishes.  This will be something new, as I’ve used a lot of juices and wheys as substitute liquid in recipes with great results, but I’ve never tried it with tomato juice.  I’m curious to find out if the tomato juice adds an interesting, or weird flavor.

Conclusion:  Using a food processor to chop the tomatoes is faster, but hand-dicing makes nicer looking pieces, and a bigger yield.

Post-script:  After I wrote this post, I had another nine tomatoes ripe and ready to dehydrate.  This time I tried an electric food processor.  That made a better consistency of chopped tomato than the hand-crank processor.  There was still a lot of liquid, though.

I also tried the immersion blender on a couple of the tomatoes.  That was a no-go; it instantly juiced them.

7 thoughts on “Dehydrating home-grown tomatoes; trying to speed things up.”