Another music fix this past weekend.  The whole weekend.

(I want to make a quilt like that billboard.) 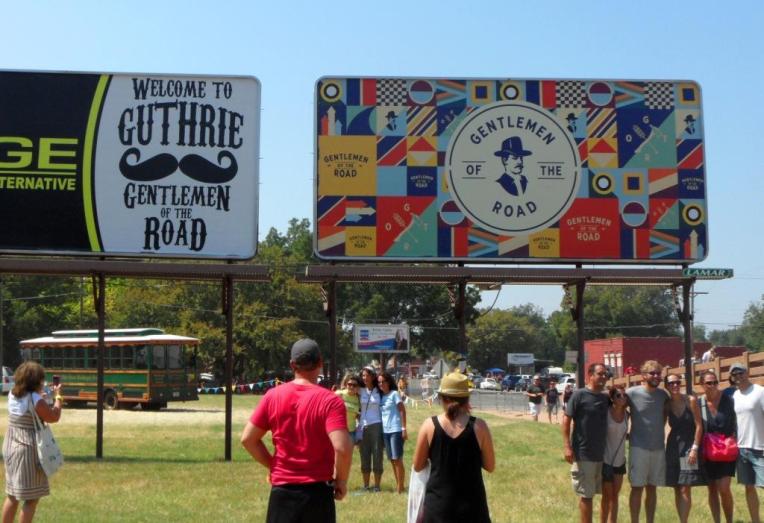 The entire downtown decked out for the festivities.

The coffee shop recreated an album cover in its front window.

The yarn shop “yarn-bombed” itself. 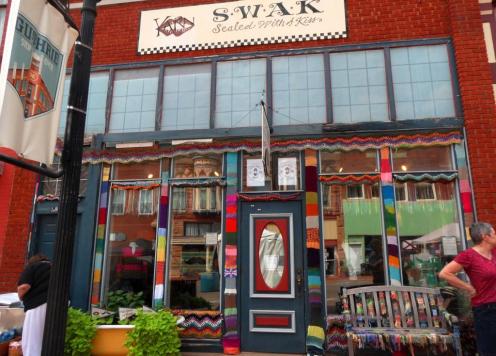 There was sidewalk art. 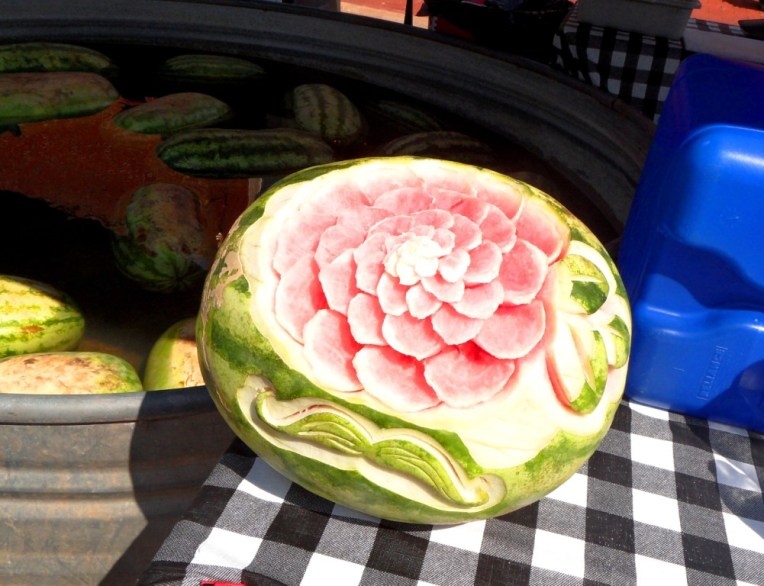 Yes, even these guys got into the spirit.

Where did we sleep?  With 9000 other tent campers. 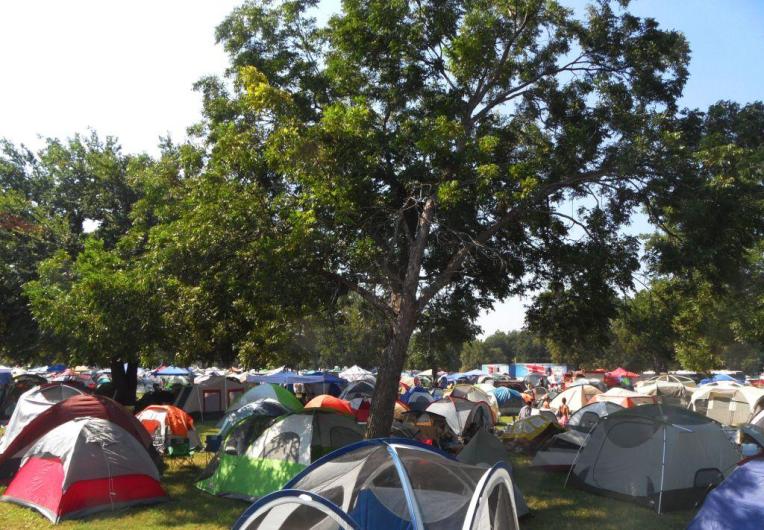 The crowd was great.

Time to get closer.

This band nearly brought me to my knees.  Heavy Chevy, baby. 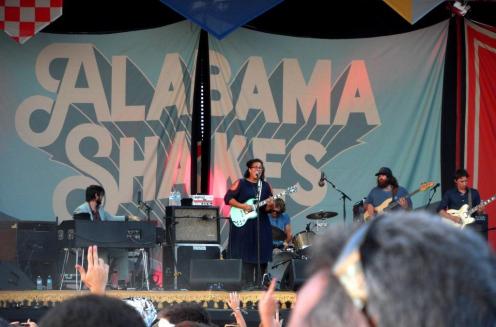 Turning around to see if anyone was behind us. 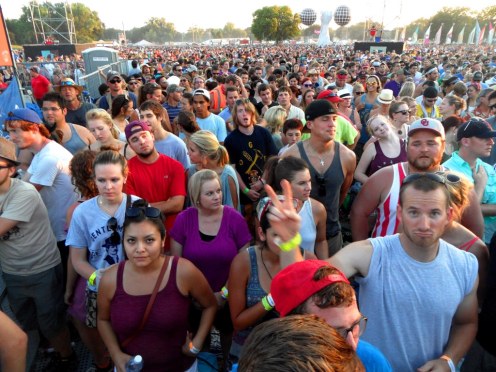 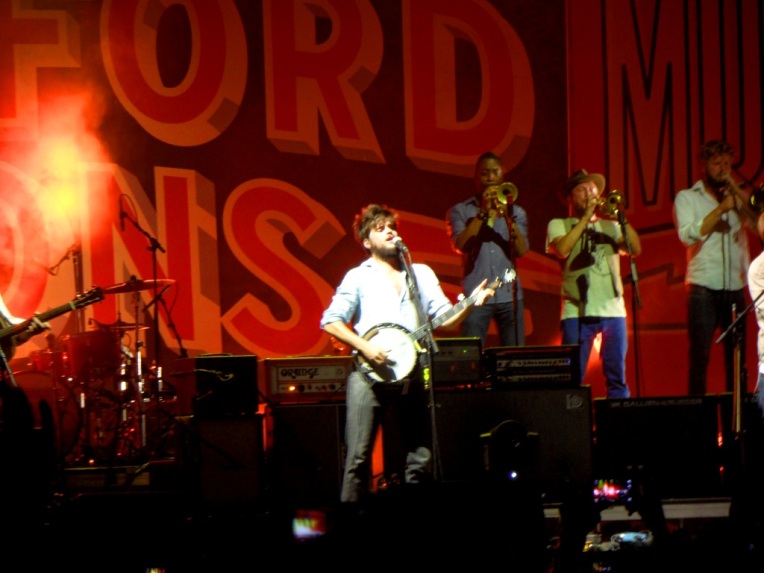 Pedometer recorded 11k steps the first night.  Another 10k by the next afternoon.  Then I forgot to put it back on after showering.

Another concert this weekend, and one next.  Then I endure a long dry spell until mid-October.