Almost a year ago, I took the Amtrak Heartland Flyer to Fort Worth, to see a concert.  Now I’ve done it again, for another dose of culture, including the band ‘Yes’ and much more!  This should definitely become a habit.

The show opened with something ‘Crazy’ I never expected to experience live:

One thing that did draw me to the show was Carl Palmer.  Fifty years ago, he was the amazing drummer for the amazing Emerson Lake & Palmer.  Today he is possibly even better.  He did sets with his own band, and as a member of Asia.

Curiously, there was a little megaphone on stage.

Before long, I knew why:  One of the Asia members was in the Buggles.  So I’ve now sung along to ‘Video Killed the Radio Star’…with Carl Palmer on drums!

Other special moments were hearing the John Lodge 10,000 Light Years band perform ‘Legend of a Mind’ (Timothy Leary’s Dead); a song from John’s early years with the Moody Blues at their most psychedelic.

Then Steve Howe’s ‘Yes’ did a full set of Yes songs.  Steve’s guitar playing was another main highlight.  The entire concert was over four hours long.  Definitely a full evening.

The next morning, it was back to Fort Worth for an afternoon of museums via Bike Share.  It was Sunday morning, so I had extra time to kill before the museums opened.  I did some exploring around downtown, first with a bike ride around downtown, and then via the free Molly-the-Trolley loop.  All of my modes of transportation were available from the Fort Worth Intramodal Transportation Center (Fort Worth ITC).

When the museums opened, I headed to the Cowgirl Hall of Fame and Museum via bike.  It was already a hot day, but with a slight breeze, thankfully. 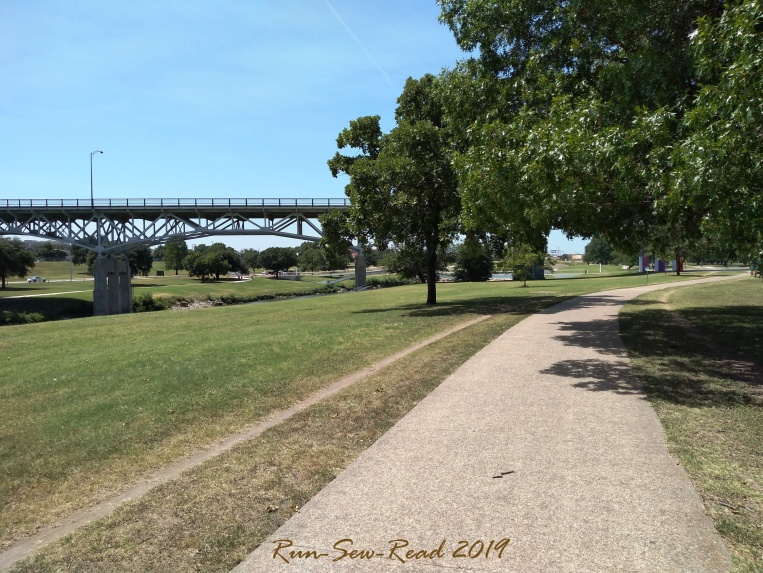 The museum district has these great murals on the buildings.

After that, it was time for an unplanned treat.  Just down the street from the Cowgirl museum, the Kimbell Art Museum has a special Monet exhibit!  It runs through September 15, 2019.  I saw dozens of original Monets!  It was fascinating, comparing the painted scenes at a distance, and then up close where the brush strokes and colors seemed almost random. 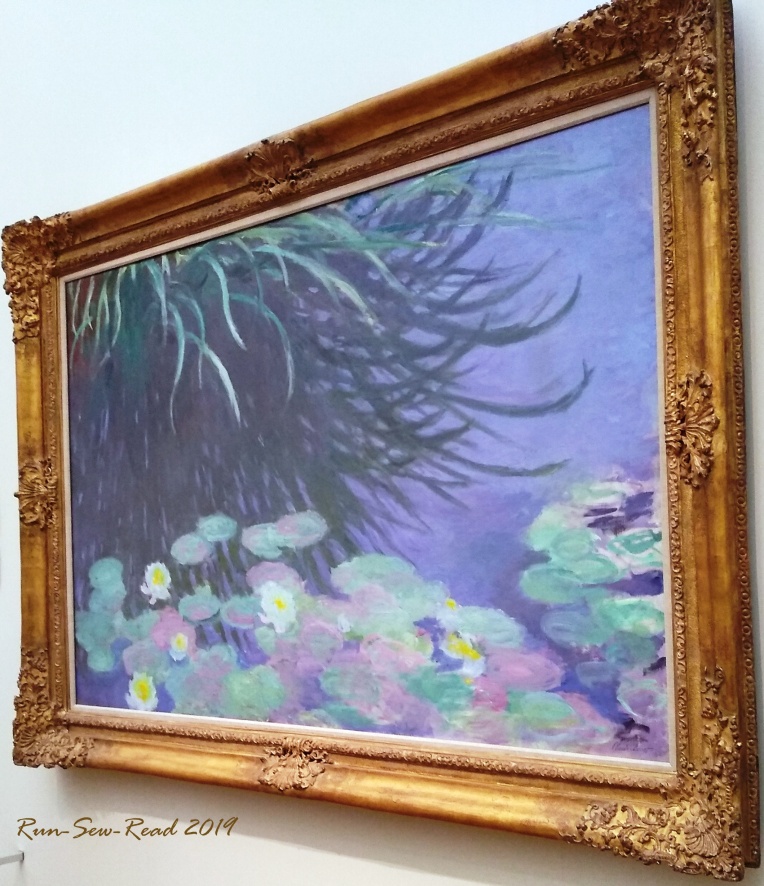 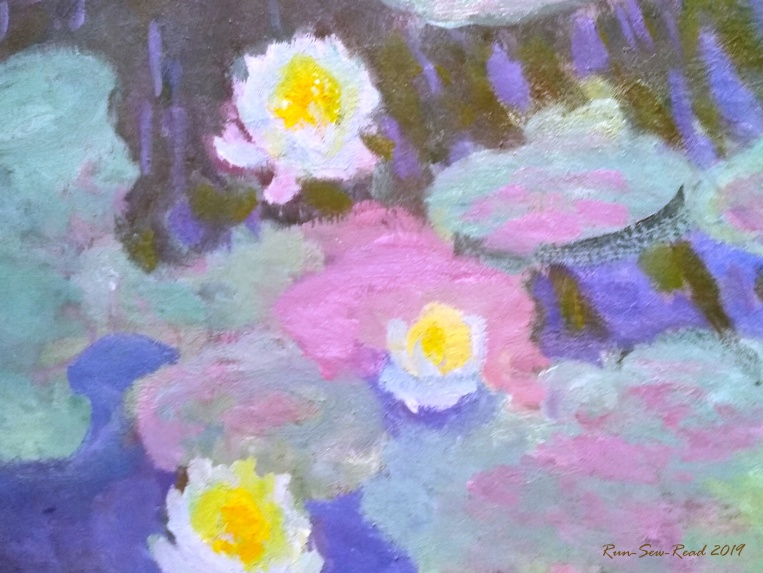 All of those lovely water lilies.

From the museums it was a bike ride back to the Fort Worth ITC station, and time to board my Amtrak train for home.

It was another gorgeous, scenic ride; on time, with a dinner of buffalo chicken and wine, and no bad weather.  I was home by midnight. 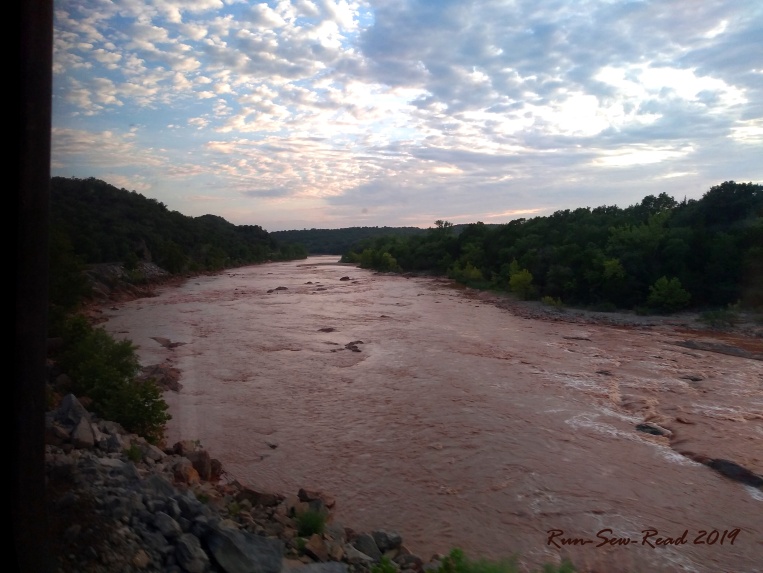 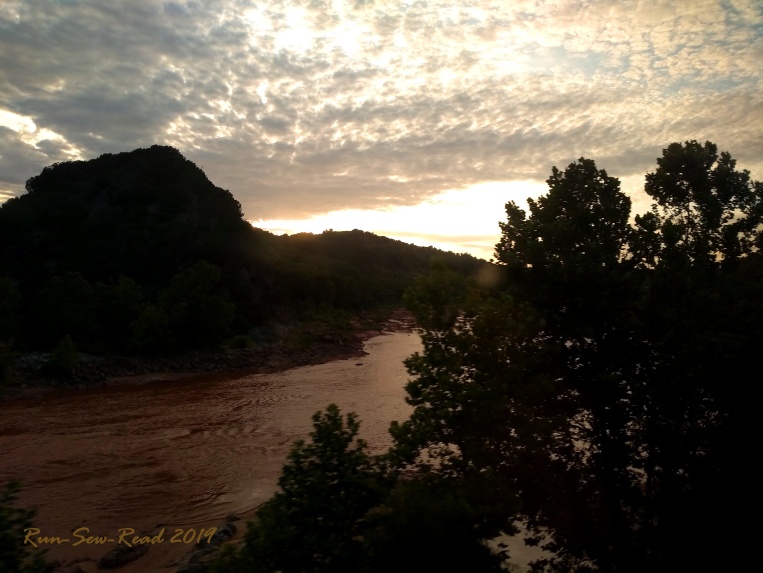 6 thoughts on “Yes! Another train trip to Texas.”