The brand name is ‘Thundershirt‘.  It is a tried and true device for calming dogs who fear thunder and fireworks, by creating a swaddling effect.

I may end up buying the authentic Thundershirt for Myrtle (or one of the smorgasbord of other brands now available on Amazon, such as this one called Mellow Shirt“). 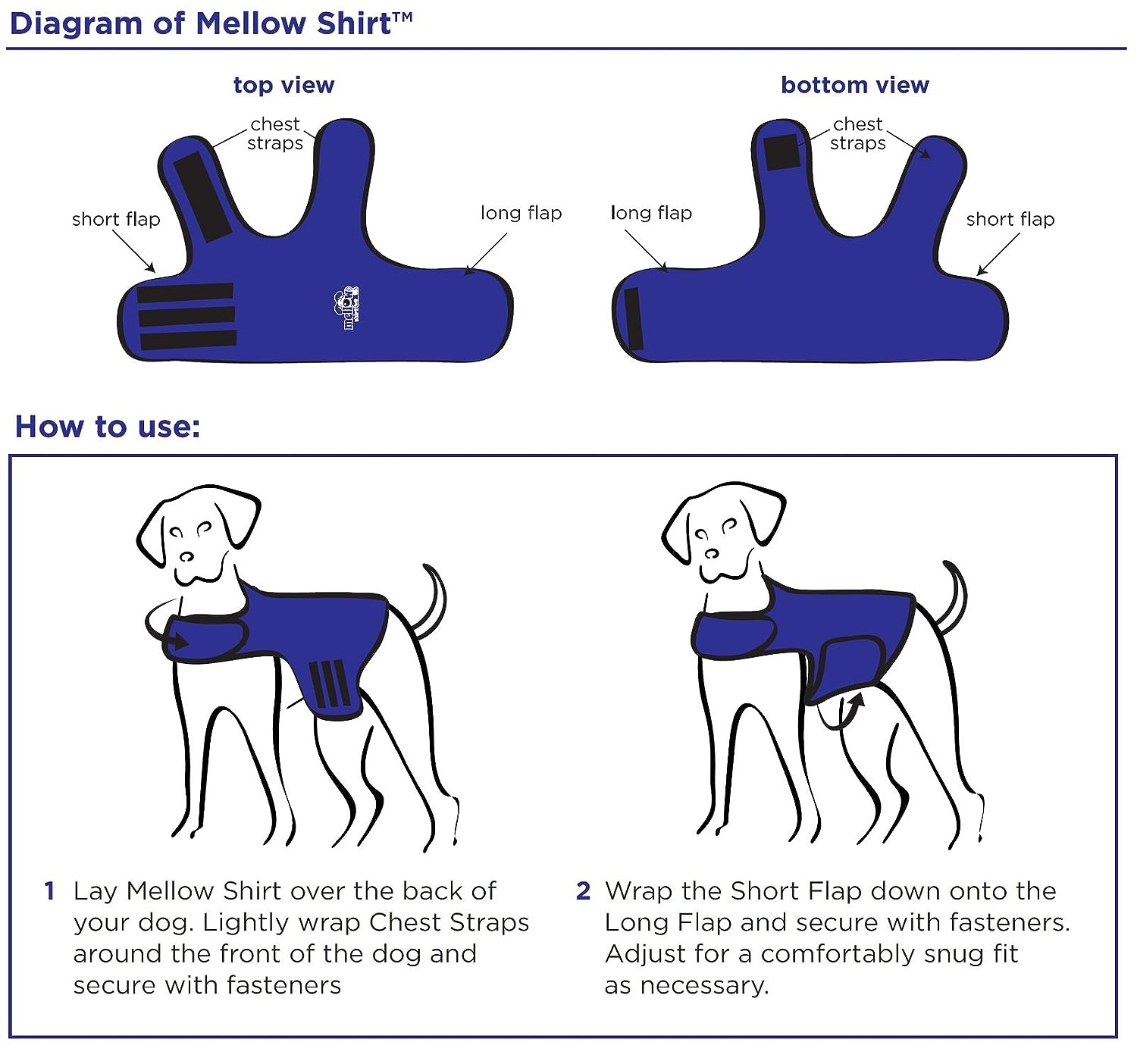 But first I want to see if Myrtle needs it and if it will calm her during fireworks season.  We’ve had three nights of fireworks in the neighborhood so far.  The first night, she was visibly agitated, even in the house when I was with her, trying to comfort her.  She was startled and barked at every boom.

So, I’ve mocked up a DIY compression vest for her.   The first mock up is made of terry cloth, to be soft and cool.

The next mock up will be all or part netting, and stretchier:

While wearing the terrycloth vest, she immediately began sitting and laying down more, while not showing signs that the vest bothers her.

However, the real test hasn’t occurred yet.  The fireworks have been quiet in our ‘hood since that first night.

I’ll be watching and tweaking the vests all week, hoping that by July 4th, we’ll have something that keeps her from being frightened.

The vest has not taken away her energy, and by that I mean her desire to play with the baby robins in the neighbor’s tree.

Fourth of July tips from our humane society:

And from the totally awesome The Oatmeal: