Home from my trip.  I had hoped to make a few posts while traveling, but it wasn’t to be.  I was always on the move, or without a good internet connection, or a workspace from which to compose something.  So here I sit with 12 days worth of experiences, thoughts and photos, wondering where to start.  How about at the end?  My banner picture gives a clue–I went to Glastonbury!  I took so many photos, but it won’t do to post 300 or so…  The Rolling Stones and Mumford and Sons were highlights of the festival for me (although just being there was the main highlight).  I also loved PIL, Elvis Costello, Billy Bragg, and The Proclaimers.  I’m also thrilled that I now know about The Staves.  I saw so many excellent performances.

Early both Saturday and Sunday mornings, I managed to get in run/walks, pausing to take a picture whenever I saw something interesting.  It was great getting out and seeing things while the rest of the crowd was mostly asleep.

I got to Glastonbury by coach, a really great way to go, in spite of certain factors that intervened to make it a longer trip.  Traffic congestion at Stonehenge delayed our arrival, and caused me to miss a couple of Friday concerts I’d hoped to see.  As cool as Stonehenge is, I was on a mission to see the other “Stones.” 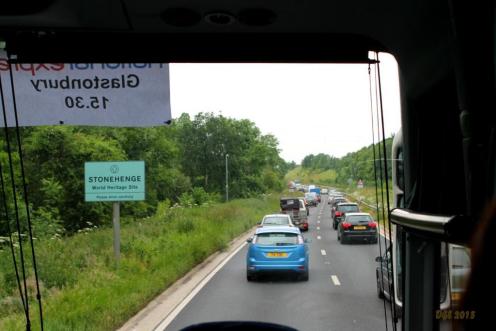 But eventually, the coach crested a high ridge, and we could look down and see a panoramic view of the massive festival already underway.  There was a collective gasp from the coach passengers, followed by a sort of squeal, and then applause.

The sights around the festival grounds were all captivating.

Note the row of colorful loos at the left. 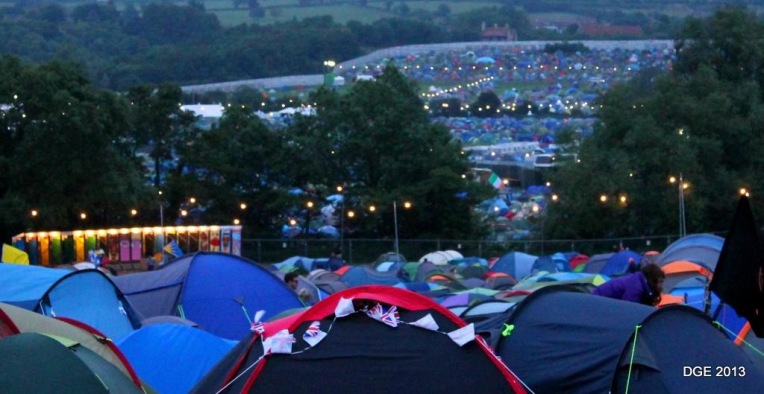 Every morning the garbage truck came through and removed the massive amount of trash from every bin.  A corps of people followed on foot with bags and gloves, picking up what was left on the ground. 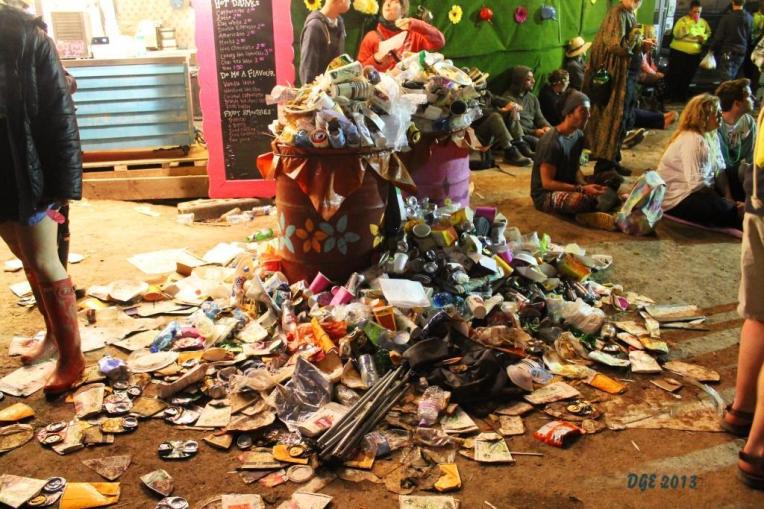 Sometimes I could see the musicians on stage.

Sometimes I had to look through others who were also having a great time.

Sometimes the crowd was the view, and it was a great view. 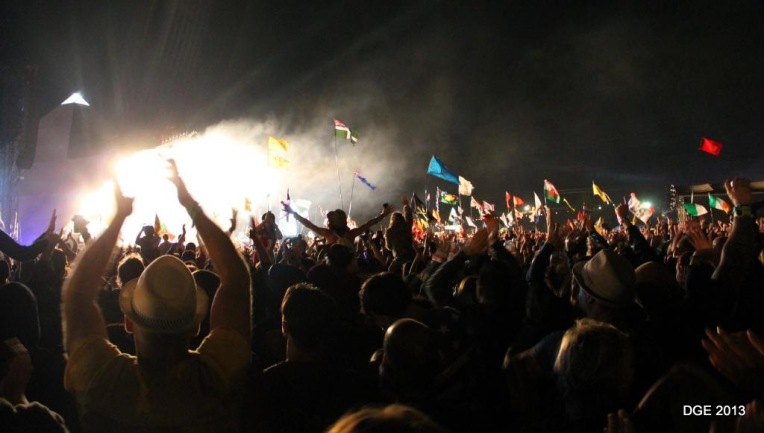 Interesting people having a good time were everywhere.

This was the nighttime view from my tent.  I don’t want to forget it. 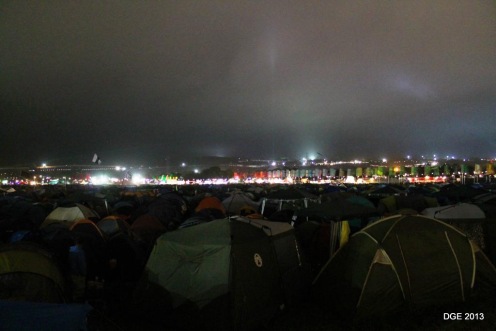 4 thoughts on “Where in the world to start”